IETM – International network for contemporary performing arts is a network of over 500 performing arts organisations and individual members working in the contemporary performing arts worldwide: theatre, dance, circus, performance, interdisciplinary live art forms, new media. On 1-2 October 2020, IETM invited the global performing arts sector to our very first Multi-location Plenary Meeting, which combined participation in both online and physical activities in more than twenty different locations in the world. The local Plenary meeting in Sydney (Wangal Land, Eora Nation), Australia and featured provocations from Vicki Van Hout, Tasnim Hossain and Paschal Daantos Berry.This event was hosted in collaboration with Theatre Network NSW and with the support of Legs on the Wall and Pippa Bailey.

This week I had the great fortune to sit in theatres on four separate occasions. Yes, I know, it’s an exciting development for us in Australia and almost unthinkable for anyone in the UK or Europe right now. I was attending Australian made live Performance at Sydney Festival. It felt so good, a well-earned concentration of cultural highlights after a year of staying in.

TNN couldn’t host a State of the Sector Address in 2020 due to a reprisal of restrictions due to an outbreak of COVID-19. However, we did partner with IETM to host a local/ international event at the beginning of October, as part of an urge to ‘pivot’ and experiment to the spirit of the times. Back then, a mere four months ago, venues were still closed, fear of infection was strong, and few people were venturing out to any social occasions.

The International Performing Arts Network (IETM) based in Brussels has been on the front foot in responding to the constraints of 2020. They accelerated a collaborative process they were already undertaking to rewire their network, responding to Climate Emergency and ongoing systemic challenges to the predominantly European Performing Arts Sector membership. During 2020, and unable to meet in person, IETM also embarked on an ambitious experiment to host a multi-location event with events in more than twenty sites across the world.

If we look on the bright side, 2020 allowed us to reinvent activities and explore new ways to network, communicate and connect across our membership and beyond.

As a longstanding IETM member and on their Advisory group, this felt like an opportunity to focus on the local in the context of the international, something I have long wanted to explore. With so much cultural cringe still influencing our creative systems and with international travel off the agenda for the foreseeable, it seemed a good moment to explore how to locate our own questions of cultural expression and identity in a global conversation.

Legs on the Wall generously partnered so the event could take place in the spacious Red Box in Lilyfield on Wangal Land where social distancing was possible for 40 people. It was a wet night at the beginning of October with a full moon, an auspicious moment for three speakers to respond to the question: What Matters Now?

Vicki Van Hout started with a provocation about the current trend of truth telling amongst the culturally marginalised. Vicki Van Hout is an Indigenous independent choreographer with Wiradjuri, Dutch, Scottish, and Afghan heritage.

‘Truth telling in an Indigenous context encompasses ownership of one’s identity, including a right to a self-determined reckoning of history. In this current climate it is sometimes meant to mean that one must only tell a story or base a narrative around the utilisation of an author’s own background. It stands to reason that a white person can’t hijack a black narrative, but does this mean that a white person shouldn’t author narratives that include characters that reflect the full gamut of society?’

She references a question posed on the diversity initiative led by the Sydney Opera House website: ‘Is it your story to tell?’ and critiques the premise. ‘I think this approach breeds divisiveness and exclusivity, as strategies well used in colonial practice. So, if we are going to decolonise, then I do not think this is the way. We (Indigenous artists) do need to be well represented and not exploited but…is it imperative that narratives are first-hand personal accounts, are the subjects closest to these narratives always the best people to tell these stories and is one sole perspective ever the best method to engage in history or the bigger picture?’

Vicki is clear that her body is her language and wants to be more nuanced about who she speaks to, when and how? ‘Maybe we need to reconsider the audience as a proper artistic component in every artwork, whether the artist has solicited their participation or not.’

So much of this conversation is very particular to Australia now at a moment when First Nations people are calling for a Voice to Parliament and to be recognised in the constitution after generations of subjugation. First Nations people’s connection to place defies the generations of settlers who have imported and imposed other cultures on this land.

Tasnim Hossain is a playwright, dramaturg, director and screenwriter. She grew up on Ngunnawal land in Canberra and started developing her practice with the Australian Theatre for Young people. She is now on their board.

Tasnim believes that making theatre is ‘less about an individual view of self-expression and more about a community view. One thing I really struggle with is artists who don’t care about their audiences. My work is about connection and addressing dislocation.’

Tasnim works in Mental Health communications and proudly states; ‘I have always worked in another job outside of the arts, because it’s good to pay the rent.’

Her parallel career paths enable her to be connected to most of the people she grew up with because art making didn’t seem possible when there has been a serious lack of diverse representation in the Australian Arts sector.
As it was also Mental Health Week and Tasnim reflected on her other work in mental health: ‘One in four Australians feel lonely one day a week, others feel it more frequently, and in the last six months we have seen this so many more people experiencing loneliness…When we are distanced from each other it has an impact on us. People who experience loneliness mean they find it harder to connect because they are in a constant state of fight or flight and misconstrue social interactions.’

Tasnim’s overall answer to the question of What Matters Now? is about connection and importantly how theatre can connect us. Yet, she also reflects on how theatre is also a place where people do not feel welcome. As a woman in a hijab, she has felt alienated when people stare, choose not to sit next to her or laugh at racist content on stage.

Finally, Paschal Daantos Berry, a performance maker, writer, dramaturg and curator, addresses the question. His practice is focused on interdisciplinary, cross cultural and collaborative processes and he has just started at the Arts Gallery of NSW, directing the visitor experience.

Paschal talked about making space and after so many years of being defined as a young artist. Now nearing fifty, he feels a responsibility to create space. That sometimes means making space for shitty conversations with the public, who do not see racism or privilege. It’s also making spaces and demonstrating leadership, in terms of creating pathways and catching those people who are falling through the cracks.

‘How do we create much more elastic ways of collaboration across different parts of our industry and even beyond the arts to cross-sector thinking. The amount of space we make for ourselves to advocate for ourselves is a very laborious task.’

Ultimately Paschal challenges us all to take responsibility; ‘Asking what matters now, is to get very serious about the fact that we are still talking about the same things, repeating these conversations. They are occupying space.’

‘In a post COVID reality we need to critically look at these systems and not repeat them so that we don’t have to have these exhausting conversations twenty years down the track when we are talking about our connection to our European colleagues.’

These are Australian artists speaking about specifically Australian challenges. They are not exclusive to this country, but our cultural context is unique. In the midst of a global pandemic that has shut down the performing arts sector across the world, it’s a great moment to stop rushing about and focus locally.

2021, is another step into the new decade. It’s becoming increasingly clear that we cannot go back and need to shed destructive values of the 20th and early 21st century. We need to move on.

In a changing world we need to keep asking; What Happens Now? Last October three generous artists gave of themselves to answer this question at a time of crisis. To insist on robust ‘truth telling’ led by our Indigenous colleagues, see art as a service to connect increasingly lonely people and embrace the idea of creating space for others could steer our changing systems towards a fairer more authentically diverse new Australian reality. 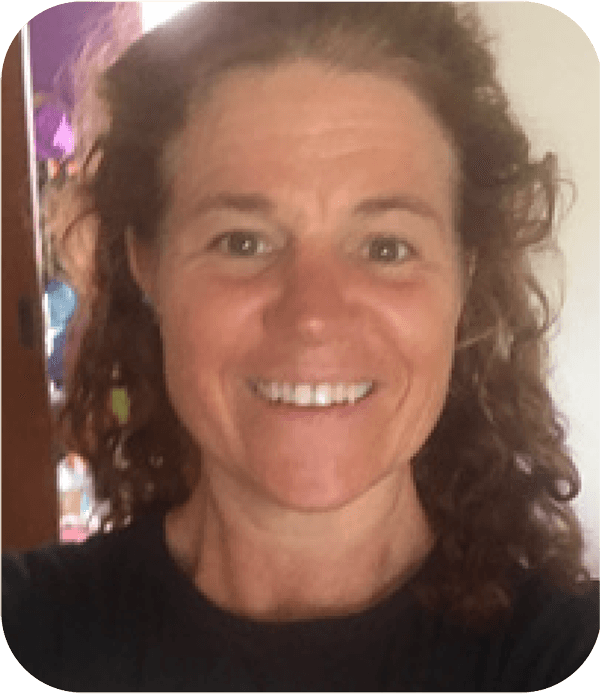 Pippa Bailey has spent over twenty years in the Arts as a producer and director, including work with independent artists, Performing Lines and Sydney Festival. She is currently Co-Director and Producer of ChangeFest, passionate about taking Climate Action, on the boards of TNN & PYT Fairfield, and an advisor to IETM.