Thanks to TNN for inviting me to speak. And it is our pleasure to welcome you all here to The Wharf as one of our first public events.

It is a stunning place; and we acknowledge the Gadigal people of the Eora nation as its traditional custodians.

The topic for our speeches today is a good one because it directly addresses the value of the arts.

The value that no one ever seems to be able to nail down.

The arts provide experiences which are personal and qualitative and therefore cannot be objectively measured.

In the neo-liberal world, if you can’t put a number on something, it doesn’t exist. It’s valueless.

And yet the arts have been a fundamental part of human culture for millennia. You’d think by now we would have earned our keep.

I see the arts as being an important part of the humanities in general. And the humanities are also, if not under attack, then being deliberately, or maybe just negligently, sidelined just when we need them the most. Look at the dwindling resources available to the humanities in the education system, and the perception created that an arts degree is a waste of time and money. An indulgence.

We are human animals and our problems are human.

The humanities is an area of study that focuses on humanity and the human experience.

The humanities encompass things like language, history, philosophy and religion, and the social sciences like politics and economics. As well as the arts in all its forms. They’re about understanding human behaviours and impulses. In one way or another, they’re all about storytelling to make sense of the world. Even economics, which recently people seem to believe is an exact, unchallengeable, numerical science, is just a bunch of theories about human behaviour filled with such fanciful notions as “perfect knowledge” and outlandish characters like “the invisible hand.”

All the branches of the humanities have utility and value insofar as they help us understand ourselves and each other. Some, like language, politics and history, are generally understood as being useful because they represent knowledge and communication. The arts, of course, can hold and convey knowledge, and very persuasively, but they also connect to the senses, and beyond that, to feelings. A different set of aesthetic frameworks – red or blue, comedy or tragedy – can create different meanings in the minds of different humans using the same source material. The arts lead us away from the straight and narrow path of quote unquote “facts” and into the grey and murky hinterland of subjectivity, taste, life experience, mood. The very territory in which decisions are truly made.

The arts deal in emotion, which is key to their transformative power. We can learn information about, say, World War 2, or contemporary Indigenous experience, or the AIDS crisis from history books and the news media, but it is novels like Alone in Berlin and plays like Black is the New White and Angels in America that reinforce this learning with emotional truth and recognition. That build the empathy and connection necessary for commitment and action. To understand something, not just know it.

Most public conversations around the pandemic recovery are also centring on economics: jobs, trade, GDP. And these are important, but we also have to deal with the human impact. Depression. Disconnection. Anxiety. Again, understanding and responding to these conditions is the role of the humanities. In the theatre, we know that shared projects can give us purpose; gathering as an audience brings us back into public life and renews our need for society; the stories we tell can provide cheer or catharsis.

The arts also deal in the speculative and the abstract. The science of climate change is settled. The narrative of climate change remains highly contested. On the one side, we have the near-term fear of a ruined economy and mass unemployment. On the other, the fear of a dead planet which is too vast an idea to process, let alone communicate. This is a failure of story: to imagine the lived experience on Earth in ten years, twenty years, thirty years and then to tell that story in a way that humans can grasp and feel. (Interestingly, I was at a dinner once at which Paul Fletcher was guest of honour, and the other guests represented his overall portfolio in communications, cybersecurity and the arts. And it was someone from the telecommunications industry who suggested that the government consult with science fiction writers as they seem to have a better grasp than anybody on the way the future’s going.)

The notion that humans are rational and make fact-based decisions has been long debunked. Decisions are informed by beliefs, fears and hopes that exist before we even look at page one of an economic impact study. Understanding those beliefs, fears and hopes is the crucial thing particularly as the challenges facing humanity are getting more complex and more urgent.

The false belief in rationality has left us clutching onto data like driftwood in a storm. It has been the pressure to measure and reduce that has led to phenomena such as political hyperpartisanship. Our inability to talk with each other with trust and openness, and to speak across geographic, linguistic and cultural barriers, is driving us towards disaster. Success lies not in simplicity but complexity; not in rules but in reason; not in opposition but collaboration.

So what would I actually do?

I would push for the humanities to assume greater prominence in the educational system, and for humanities-based disciplines to be better used in imagining a better world and the steps required to get there.

I would push against this notion that the arts are elite. We will be stronger when the community feels the generalized warmth towards theatre as they do to, say, cricket. In the popular imagination, cricket is a seemless arc from a game in the backyard on boxing day with your nephews and nieces through to school teams, community competitions and up to the Ashes on TV.

Theatre follows this same arc: kids making a play under the dining table with a blanket for a curtain; school plays and eisteddfods; amateur community companies; the wide range of professional companies; The Lion King; even television is still mainly comprised of drama often made by the same writers, directors and actors that work on our stages. Yet there are schisms between amateur and professional, subsidized and not subsidized, commercial and nonprofit, art and entertainment, institutional and individual, that weaken us by breaking us into small pieces rather than uniting us under the long-standing tradition of theatre. As minister, I would try and join all these dots and try to eradicate this counter-productive charge of sinister elitism: elitism as exclusion and not as aspiration.

I would ask the industry for advice. How can the arts help with social equity and inclusion, with climate change, with healing the emotional harms of a global pandemic? And I would convey these ideas to my peers in other ministerial portfolios.

I would frame investment in the arts not as a cost that needs to be justified, but as the price to pay to generate value for the community. I would work with the industry to understand how much more value could be created and at what price as a way to push for greater investment.

We need to have more faith in the fact that the arts bring us joy and connection, and we need these not only for our well-being and resilience as individuals, but as the basis for us to come together to imagine a better future.
This value is immeasurable. 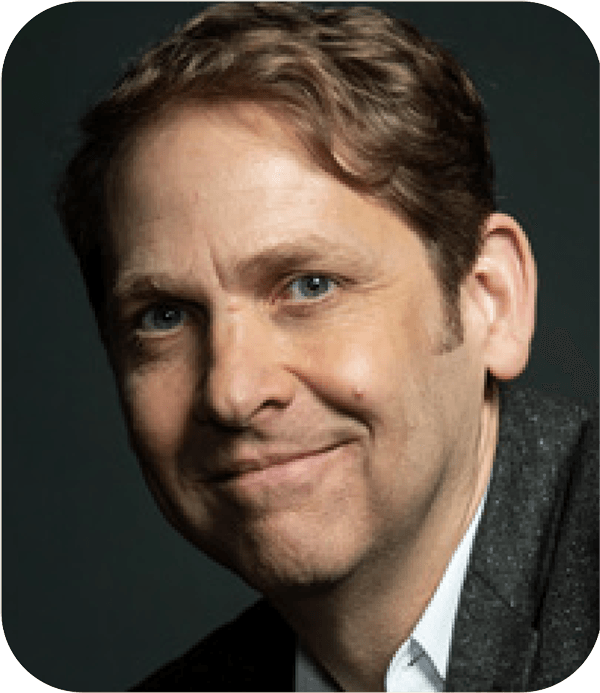 Patrick is a member of the Executive Council of industry body Live Performance Australia, was on the advisory boards of SCOPE for Artists, ArtsReady and the Deakin University arts management program, and was Chair of Streetwize Communications, a non-profit community publishing enterprise. He was a member of the New South Wales State Creative Industries Task Force. Holding a BA (Communications) from UTS, Patrick has also worked extensively as a freelance music and entertainment writer, and has presented on arts management, audience development and cultural value at conferences and events in Australia, the US and Hong Kong.