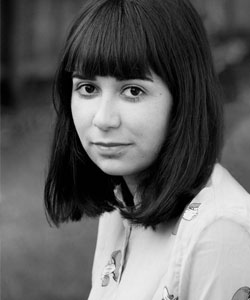 Jessica Arthur is the current Sydney Theatre Company Richard Wherrett Fellow, a position created in memory of the former Artistic Director. It is an opportunity for an emerging director to work within the Company to develop their craft and understanding of the theatre industry.

Jessica’s directing credits include Intoxication by Christopher Bryant (La Mama Courthouse), Unend by Harry Black for Never Never Theatre Company at Adelaide and Sydney Fringe Festivals, How Are You? by Laura Lethlean for Design Canberra Festival, The Sugar Syndrome by Lucy Prebble for The Kings Collective and Rausch with the guidance of Falk Richter, which led to her to undertake an internship in Germany at the Schauspiel Frankfurt for Safe Places, by Falk Richter and Anouk van Dijk. Jessica also completed a directorial secondment on The Weir by Conor McPherson at The Melbourne Theatre Company.

Jessica also directed a reading of The Other Place by Christopher Bryant (State Library of Victoria) and Someone by Coin Banks, a music video for Rage and Triple J. She was also dramaturg for Hamlet [Working Title] by David Burrowes and Drew Wilson at the Sydney Fringe Festival, Melbourne Fringe Festival and Design Canberra Festival.

Jessica holds a Bachelor of Performing Arts (Monash University 2013), including a semester of Theatre and Performance at Leeds University, UK and a Master of Fine Arts (Directing) at the National Institute of Dramatic Art (NIDA 2014/2015). Jessica is co-founder of the theatre company The Anchor.

Other STC Residents and Fellows include: