Movement round the station… 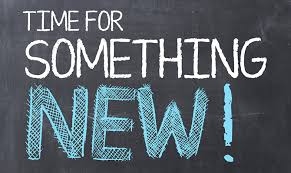 Michelle Kotevski comes to Playwriting Australia with a wealth of experiences across the arts. Recently the Program Manager at Riverside Theatres in Parramatta, and previously  the Producer of The Baulkham Hills African Ladies Troupe. Michelle has a passion for new voices, reflected by her work as Executive Producer of Urban Theatre Projects, Creative Producer with Big hART, founding member of Queen Street Studios, Manager of the Community Cultural Development Board of the Australia Council and Theatre Co-ordinator at Carnivale. With one eye on audiences and the other on artists, Michelle brings her diverse understanding of theatre to PWA.

And what does Michael have to say about that?

I’ve had my feet under the table for a day and I’m thrilled. I am actually very excited to be part of the next iteration of playwriting in Australia, in the way I can be involved. I do believe in the articulation of Homi Bhaba- the nation is the narration and I do apologise if Post Colonial theory is unfashionable. The need for the intellect, empathy, eye and heart of the playwright is so very necessary right now…socially, politically, economically and emotionally. I look forward to learning from everyone that PWA works with and contributing to brilliant Australian theatre.

TNN looks forward to it too.